PhilExpo22 is an open participatory process, its purpose is to bring together institutions, associations, individuals and cultural circles in view of the organization of "philEXpo22 - a week of philosophy in Switzerland", which will take place in May 2022, from Friday 6 to Sunday 15. The members of its support network, the members of associations, institutions and reading and discussion circles interested in participating, the users of philosophie.ch as well as all those interested in the project can (or rather, are warmly invited to) intervene at any time during the organization with proposals, ideas, suggestions, but also comments and critical points.

Have a look at the presentation dossier (DE /FR)

Important moments: philosophie.ch has been refining the project since 2019. In 2020, several workshops were held to refine the contours of the project. The concrete organization of philExpo22 was finally ratified at a kick-off meeting held on March 28, 2021. The meeting also launched the development phase. The title, theme, and subtitle in the three national languages are the result of the discussions and deliberations that took place at these meetings. The role of philosophie.ch in the project framework has also been approved during the meetings. The association and the philExpo22 project team are grateful for the trust accorded to them by the supporting nework.

Documentation: consult the reports of the meetings:

Go to the launch page

Go to the network page

Go to the team page 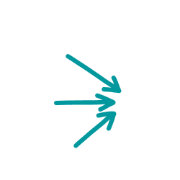